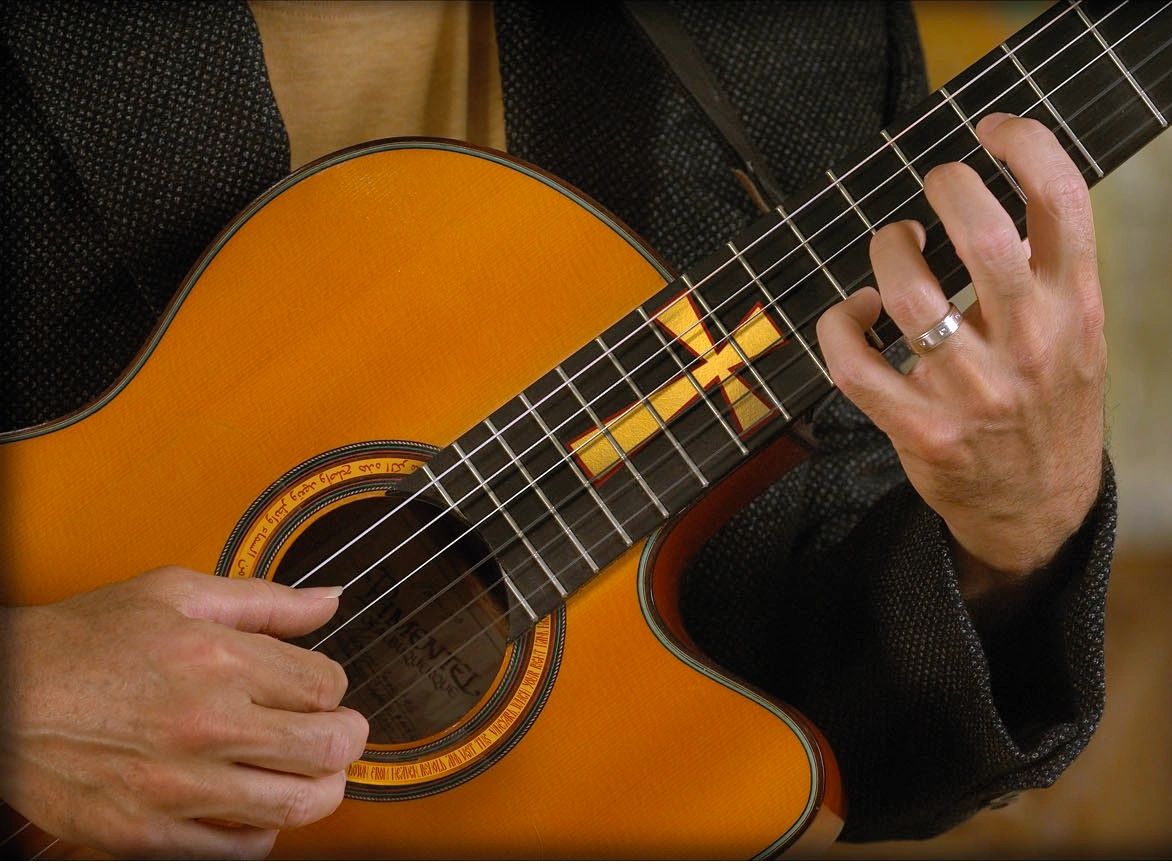 William Henry Russell (Bill Russell) is an award winning classical / fingerstyle guitarist, conservatory trained classical musician, and an established composer and arranger. He is the 2009 Gamble Rogers Fingerstyle Guitar Champion, the 2018 Indiana Fingerstyle Guitar Champion, and the third place finalist at the 2018 International Fingerstyle Guitar Championship held in Winfield Kansas   “Bill” received a Bachelor’s Degree in Music from The Boston Conservatory and a Master’s Degree in Music from Florida State University.  Performing in countless churches, cafes, concert halls, and festivals he has honed his craft while entertaining audiences for almost 40 years.  Bill has perfected his own distinctive solo guitar style that bears a deeper understanding of the music conveyed through an impeccable classical technique. He enters into every performance with this J.S. Bach quote in his heart and mind: “The aim and final end of all music should be none other than the glory of God and the refreshment of the soul.”